Card duels in the world of League of Legends 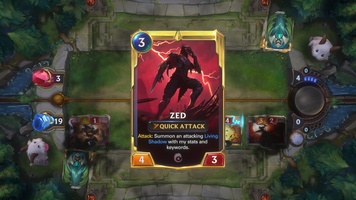 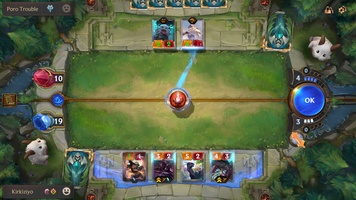 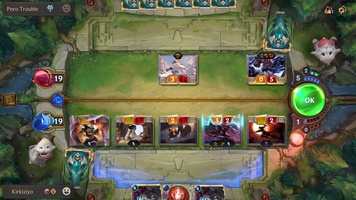 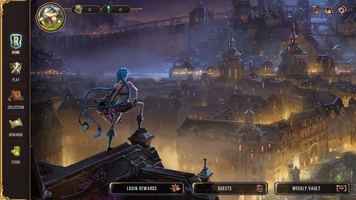 Advertisement
Legends of Runeterra is a collectible card game where you participate in exciting duels against other players. The game is set in the League of Legends universe and you can play with the card versions of legendary champions of the Riot Games MOBA: Garen, Jinx, Twisted Fate, Gangplank, Lux, etc.

The way Legends of Runeterra works is similar to other card games like Magic: The Gathering or Hearthstone: Your goal is to reduce the other player's health to zero. To do that, you have to call upon followers, spells and champions with the mana you receive each turn. The main difference between this and other games in the genre is that in Legends of Runeterra you can use cards at any time, during your turn or your opponent's turn. The only thing that changes is the ability to attack your opponent, as each turn one player attacks and the other defends.

Another distinctive feature of Legends of Runeterra is that you can save up to three mana points that you have not used at the end of your turn. This mana can only be used on spells, but it allows you to conjure powerful ones much earlier than you would normally be able to.

Legends of Runeterra is an excellent card game where you can enjoy playing against players from around the world or against AI. Like any good CCG, you have an endless amount of cards to create the deck you want. Luckily, you also have several predefined decks according to different regions and champions for those who don't want to create their own deck yet. An excellent PvP game that takes the magic of League of Legends to the world of cards.
Reviewed by Nelson de Benito Translated by Josh
Advertisement

There are opinions about Legends of Runeterra yet. Be the first! Comment 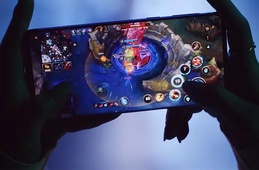 Oct 16th, 2019 League of Legends is coming to smartphones
Advertisement

Similar to Legends of Runeterra

Yu-Gi-Oh! - The Legend Reborn
Card game based on the first season of Yu-Gi-Oh!
HearthStone
Epic card battles between characters from the Warcraft universe
123 Free Solitaire
Enjoy solitaire in several versions
Yu-Gi-Oh! ZEXAL - Power of Chaos
Enter the world of Yu-Gi-Oh! ZEXAL
Spider Solitarie
Spider solitaire and all the fun that comes with it
Magic Set Editor
Create your own Magic or Yu-gi-Oh! trading cards
Poker Clock
Professional Poker clock
Battlegrounds of Eldhelm
Collectable card game in the style of Magic: The Gathering